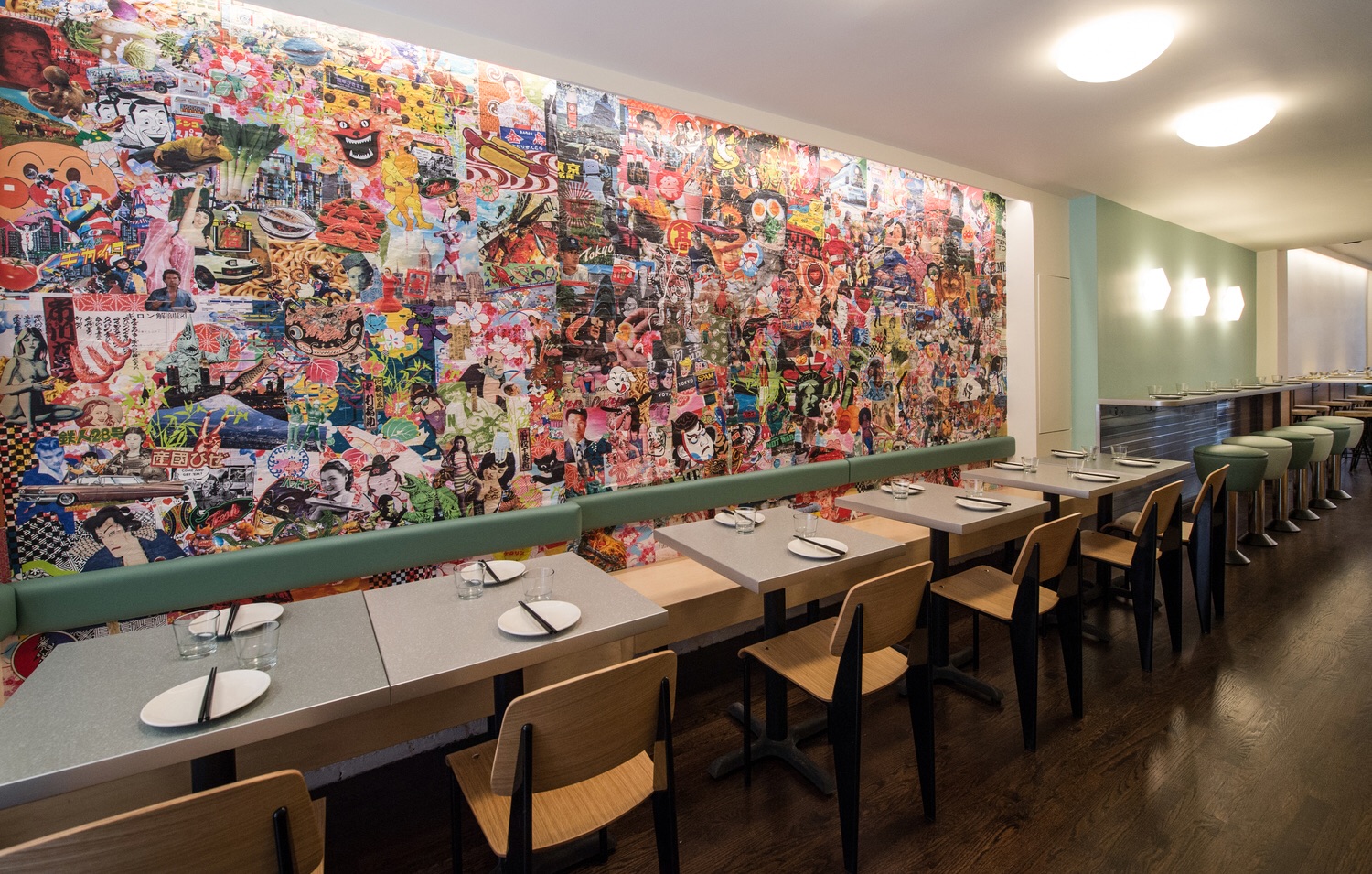 I've always felt that there's a ceiling to how good ramen could be. You get some noodles, rich broth, some meaty bits. Don't get me wrong I love it. But most places are pretty interchangeable to me, as far as the bowl of soup and noodles you receive. It hits the spot but it's never terribly interesting in any way. Ivan Ramen changed all that for me.

Ivan Orkin is a jewish kid from Long Island. After going to school at the CIA and cooking in NYC restaurants, he moved to Japan. He opened his first two ramen shops in Toyko. They were a wild success which is a huge feat considering his was a foreigner in the land where ramen originated. He moved back to the US and opened his first location in the states at Gotham West Market. Soon after, he opened his flagship restaurant on Clinton Street.

The atmosphere of the restaurant is everything I want. It's packed with people, the whole staff is unbelievably nice, and the kitchen is semi open. There are two dining rooms, a dining counter facing the kitchen, and an outdoor space. The staff is ultra informative and enthusiastic about what they are serving.

You come here for the ramen, but you stay and will return for the rest of the menu. The small plates and sides are insanely creative. The latke with bonito and salmon roe combined all my favorite Jewish and Asian flavors. I couldn't shovel the pickled daikon into my face fast enough. The dried shrimp on top tasted smokey like bacon. The Coney Island tofu is a hilarious and oddly delicious vegetarian version of the Coney dog. It looks horrifying, but my taste buds sounded a resounding YES.

Now, on to the noodles.The spicy chili ramen was exceptional. The broth was rich, deep, and super spicy. The rye noodles were chewy and soaked up the broth. The cold masemen ramen blew me away. It was shocking in both flavor and texture. I loved the cold noodles topped with bits of crispy pork and soft tofu. I basically had my whole face in the bowl as I was eating it. This is not first date food my friends. The thing that makes the ramen so exceptional is that every topping, broth & sauce that accompanies it is a culinary adventure. Every bite is a total surprise. Go here, I fucking love it. Here's what we had: 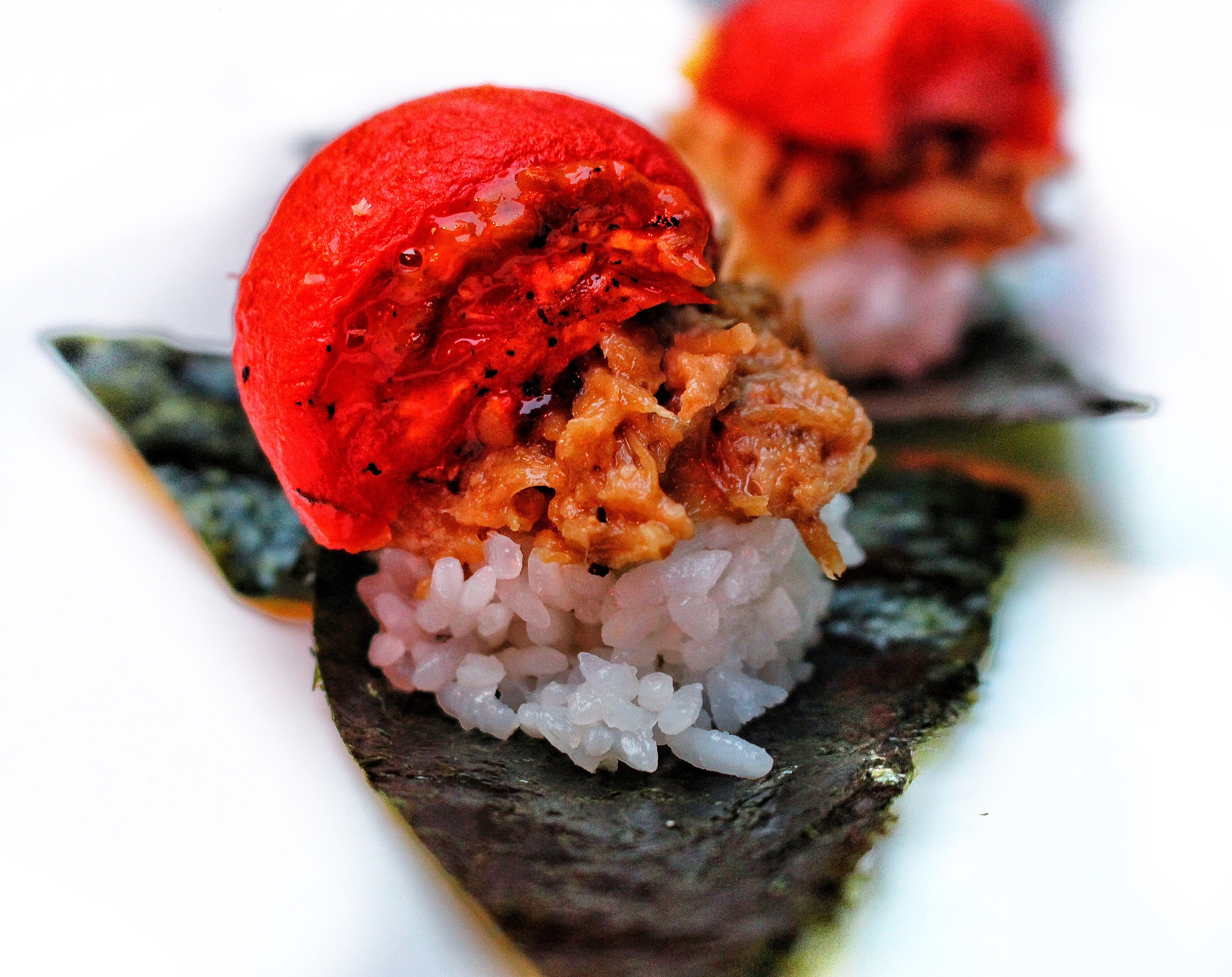 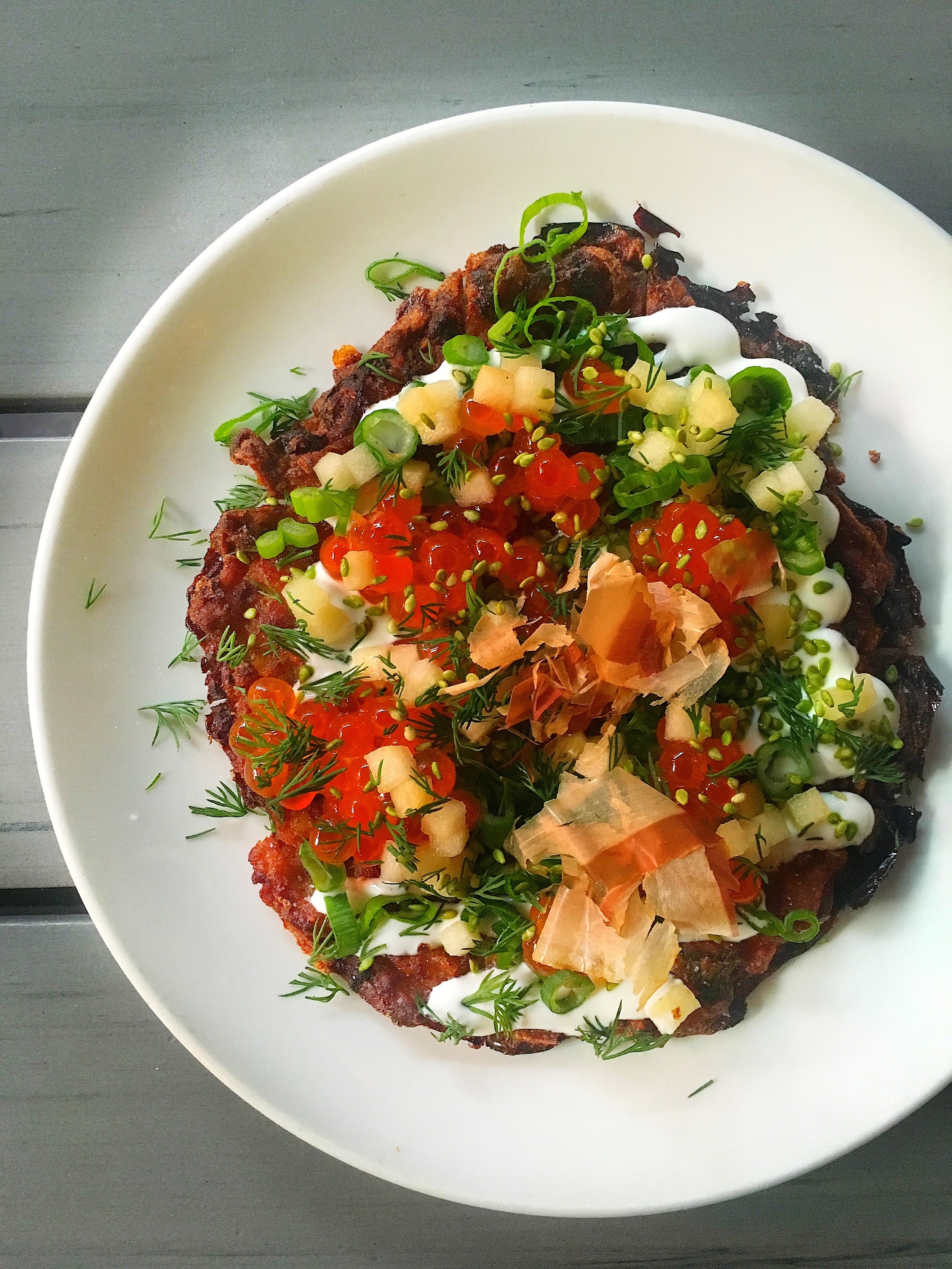 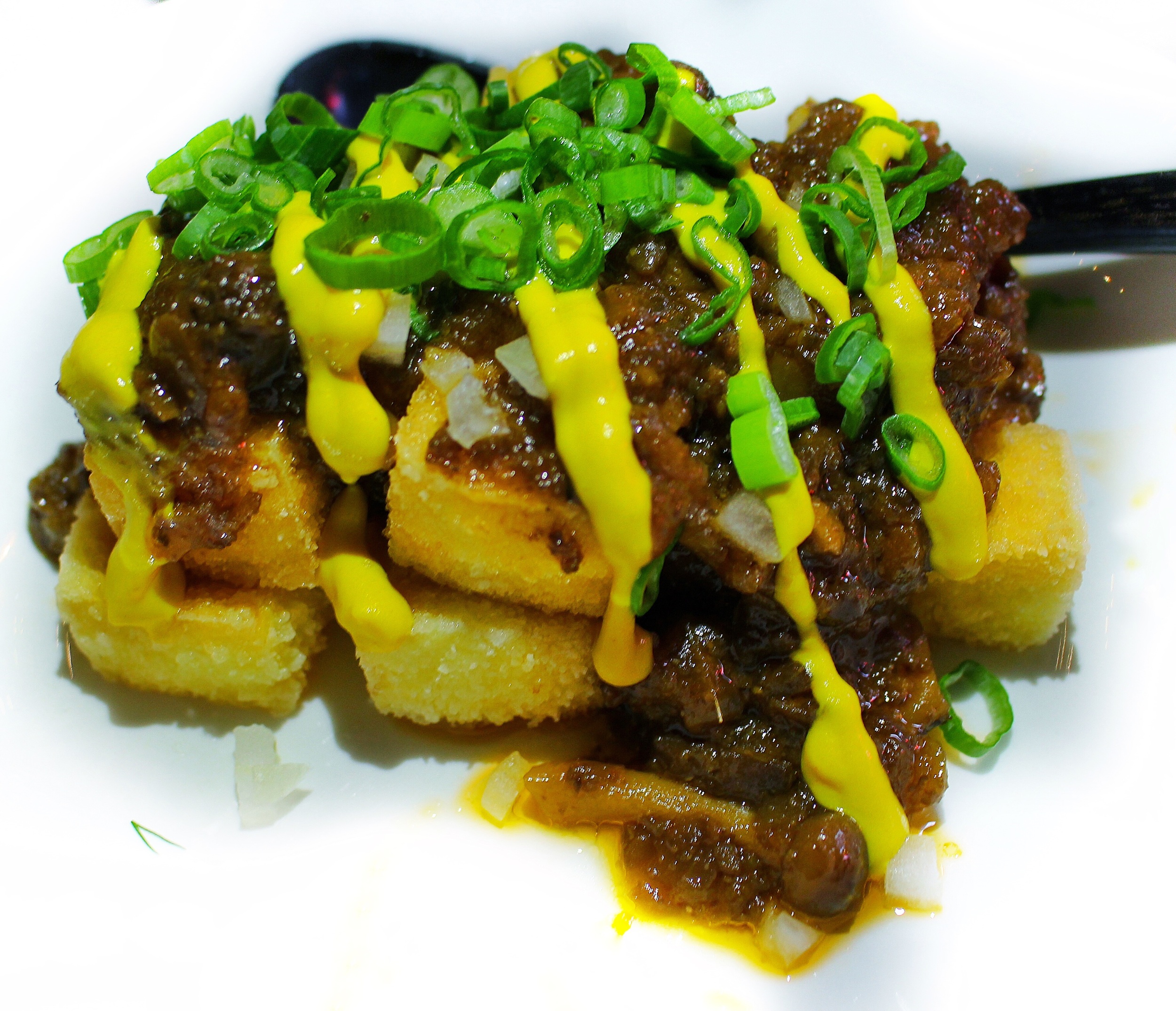 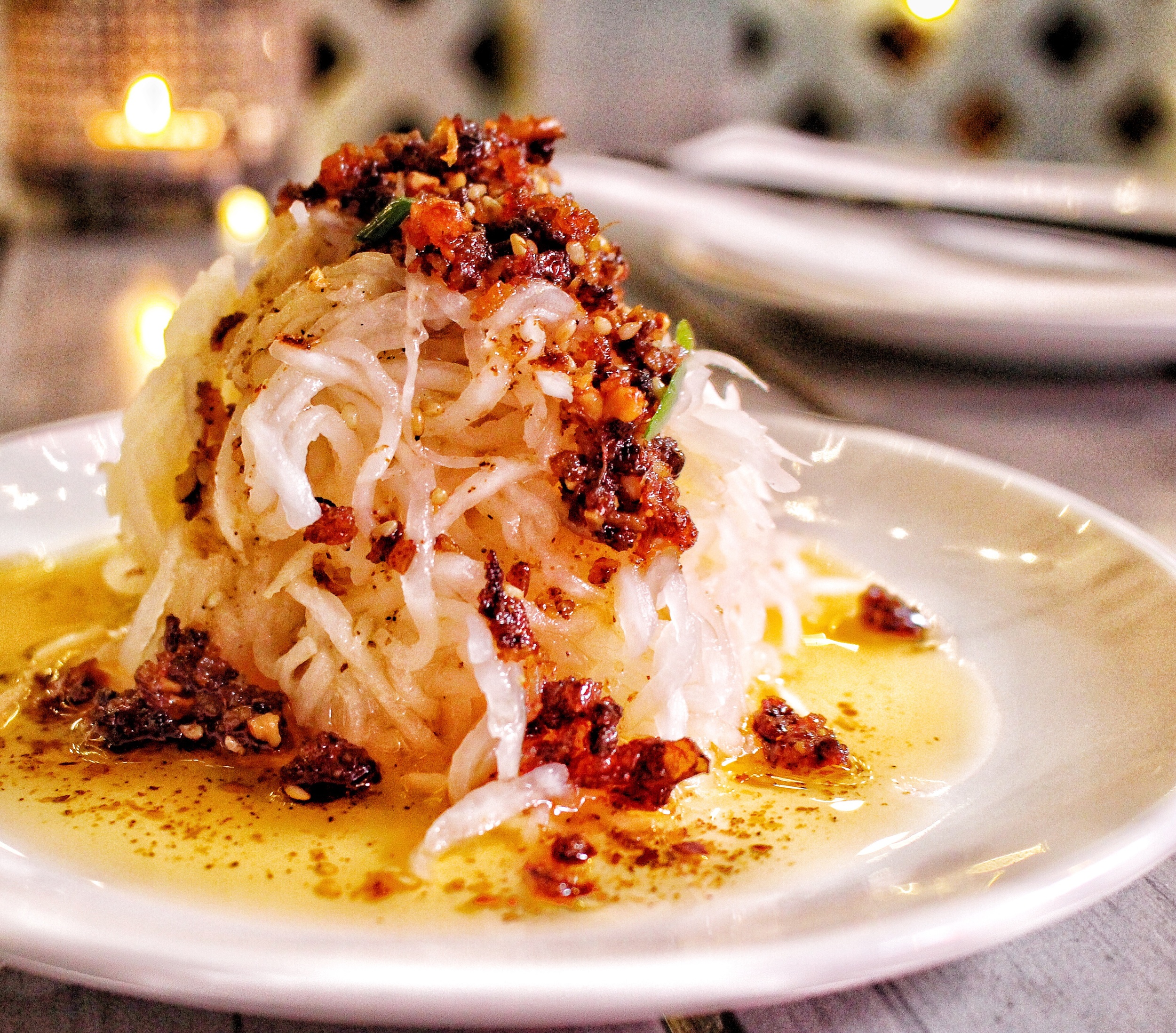 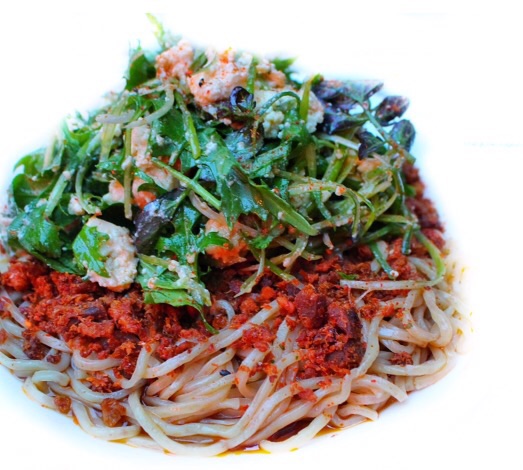 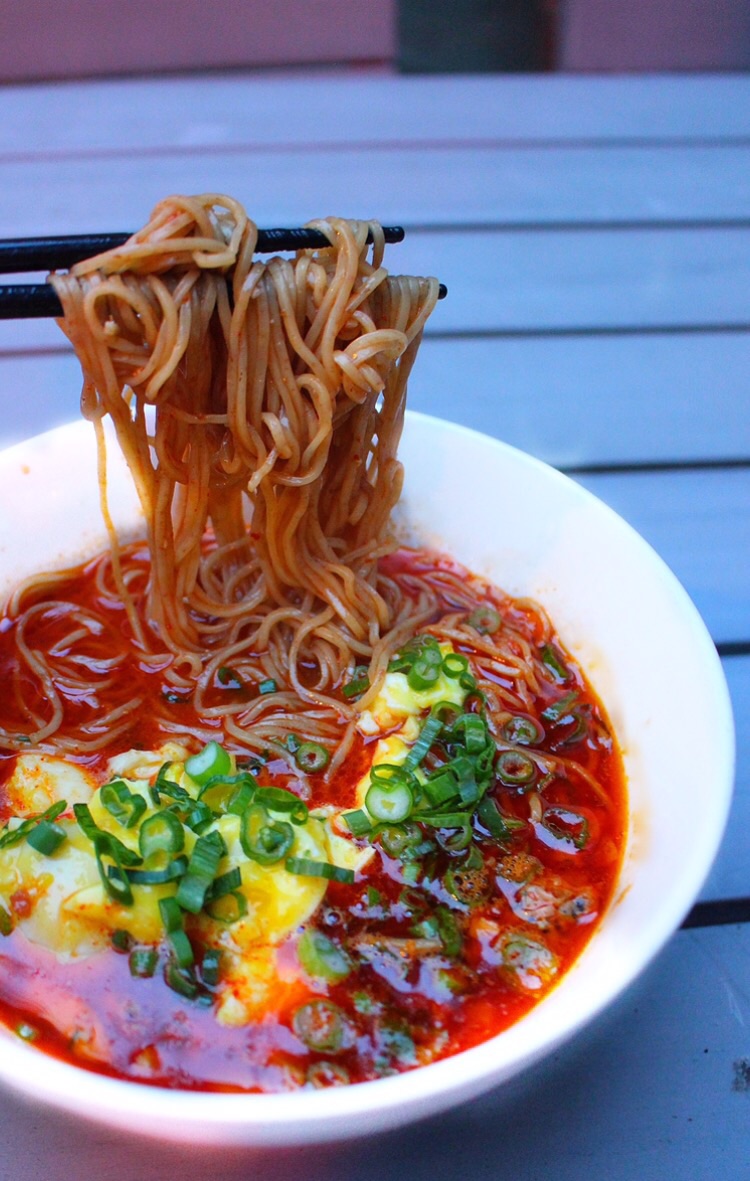